BRISBANE - The first thing that catches your eye in Australia is the hot demand for cold espresso. From gas stations to large supermarket chains; these caffeinated drinks are flying off the shelves. However, cold espresso is just one of the remarkable differences in the food market compared to the Netherlands...

The choice of supermarkets in Australia is somewhat limited. The concepts of Coles and Woolworths dominate the market (together responsabile for a 90% market share). You’ll find Coles and/or Woolworths in the major cities (multiple locations) and larger villages.

On the East Coast of Australia you’ll also find an Aldi and small villages often have to settle for an IGA. What is noteworthy about most Australian supermarkets is that they often don’t sell alcohol or tobacco. Alcohol is available via the (sometimes in-house) liquor store, while tobacco is found at gas stations (and in some larger supermarkets).

Let’s quickly create an overview of how the supermarket prices in Australia compare to those in the Netherlands:

Dairy: all dairy related items are substantially more expensive in Australia. The prices of milk, cheese, desserts etc. are higher. A carton of milk for under a dollar? Forget it.

Vegetable/Fruits: overall the same price; some fruits/vegetables are a bit more expensive, others slightly cheaper. Note: prices of Australian fruit and veg also differ per region and season.

Bread: the average price of bread is slightly lower in Australia compared to the Netherlands. A full loaf of bread will only set you back 0,85 dollar cent. Although you do pay more for quality; the ‘fancier’ the loaf, the more dollars you have to hand over.

Note: all fresh produce in the above mentioned categories is reduced 2 days before the expiry date! Each supermarket has an aisle, shelf or corner with reduced stock. If products are still left with 1 day until expiry, they are often marked down further; something to keep in mind if you like a bargain.

Other groceries (no fresh produce); these are slightly above Dutch market prices. Keep an eye out for weekly offers and deals, as these can help you save on your total grocery shop. Well-known premium brands like Coca-Cola are significantly more expensive than in the Netherlands.

Coles had our preference over Woolworths, as this supermarket has a clear line of own brand articles, comparable to the AH Basics range. It also had better offers and deals than its direct competitors.

Coles Supermarkets is one of the leading supermarket chains in Australia. Coles is part of the Wesfarmers group and totals over a 100.000 employees. You can regularly find liquor stores like Liquorland in the direct vicinity of a Coles. In the past year, Coles saw its turnover rise with 5,1% and its profit with 4,3%.

If you enter an Australian Aldi, you’ll hardly be able to tell a difference with the Dutch Aldi stores. The shop itself is simple, has a limited assortment and can look a bit messy. Where we expected bargain prices, the reality was slightly different. The Australian Aldi prices are nearly comparable to Coles and Woolworths (with the exception of some products). As Aldi is predominantly found on the Australian East Coast, Coles received our preference due to its proximity and larger assortment.

As explained earlier, IGA is mostly found in smaller hamlets and villages. Although you might be pleased to have found a supermarket in a deserted place, the prices will make you think twice. Its formula is most comparable to that of the SPAR in the Netherlands: small stores, a limited assortment and relatively high pricing. Therefore a handy tip to save dollars when visiting Australia is to purchase all items without an quick sell-by date at Coles or Woolworths, then only limit your IGA shop to items with a quick expiry. IGA is also found in the state of South Australia under the name Foodland.

There is a good chance you might want to enjoy a glass of wine or a nice cold beer during your trip Down Under. However, once you’ve entered an Australian liquor store, you’ll probably think twice about the amount of alcohol you will consume. Alcohol is simply put ‘very expensive’ in Australia; caused mainly by high government taxes.

For a box of premium brand beer (24 cans) you are more than likely to pay up to 45 dollars. If you are adamant about getting Heineken, expect the cost to go up to easily 50 dollars. Deals are limited and not really worth it.

The price of wine is relatively similar to that in the Netherlands. For consumers who are less fussed about the quality of their wine, ‘Goon’ is the way to go. ‘Goon’ is a mix of wine and sometimes other ‘unusual’ ingredients packaged in a plastic bag, placed in a carton box. So what type of unusual ingredients you might ask. Well, on the box of one brand it says ‘Produced with the aid of milk, egg, nut, and fish products and traces may remain. Sugar added’. Yes, you’ve read that right. Not your typical Sauvignon Blanc. On the plus side, ‘Goon’ is very cheap compared to regular bottled wine, so if you prefer quantity over quality; this is your match.

If you’re heading out to a cafe or bar, expect to pay around 6 to 10 dollar a glass/bottle, depending on the type of establishment you are visiting. If you expect bars in hostels to be cheaper (catering to backpackers) you might be disappointed as some set the same prices on alcohol as regular bars. Cheers! 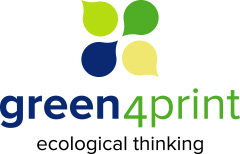